Will Industrials Continue To Soar? An Interview with D. Cotton Swindell, Portfolio Manager

Cotton Swindell highlights why the Industrials sector is a preferred destination during periods of economic expansion.

To get a better understanding of the sector, we sat down with Adams Funds’ Industrials analyst, Cotton Swindell, who has been at the Funds for over 15 years. In the Q&A, Cotton highlights what drove the strong performance in 2017 and offers additional thoughts on what investors can expect from the sector in 2018.

Strong global economies should lead to increased investment spending and higher demand for equipment in 2018.

For investors who are less familiar with Industrials, can you give us an overview of the sector and the key drivers?

Industrials is a broad sector and includes aerospace and defense (such as Boeing), industrial conglomerates (such as General Electric), machinery (such as Caterpillar), and transportation companies (such as Union Pacific). With approximately 60% of revenues coming from the U.S., the sector benefits from a strong domestic economy. Emerging markets are also important and account for 10% to 20% of revenues.

The sector is influenced by several factors, including both the demand for industrial products and the input costs to manufacture those products. Important drivers for the sector are: the availability of credit, which drives capital spending; inventory levels and whether companies are destocking or restocking; and commodity prices for steel, copper, oil, and natural gas.

Growth in the industry in the near-term is primarily a function of inventory levels and utilization rates. Over the mid- to long-term time horizon, replacement demand, technological innovation, and product manufacturing timelines (such as the time required to design and build an airplane) can all influence growth rates.

What drove the strong Industrials performance in 2017?

Industrial stocks performed well in 2017, driven by growth in the economically-sensitive areas of the manufacturing sector. Improving revenue growth, favorable operating leverage, and strong cash flows led to the sector’s 21% total return. This performance was in spite of the fact that the largest company in Industrials, General Electric (GE), significantly underperformed, causing Industrials to slightly underperform the S&P 500. Excluding the impact of GE, the sector increased approximately 25% on a total return basis.

GE’s operational issues ultimately led to a management transition, a major restructuring to reduce costs and increase cash flow, and a significant reduction of its dividend. As a result, GE will focus on its leading positions in power, aerospace, and healthcare. We expect 2018 to be a transition year for GE as it executes on its new plan and works to rebuild investor confidence.

The U.S. economy performed better-than-expected in 2017, resulting in Industrials generating three consecutive quarters of improving top-line growth. Boeing was the best performing stock in Industrials, increasing 95%. After investing heavily for years in the production of new planes, Boeing is now favorably positioned within its current product-development cycle and, as a result, is generating strong cash flow. This has been used to fund share buybacks and dividends. With a seven-year backlog, demand remains robust for its airplanes, driven by strong airline traffic growth, increased airline capacity, particularly outside the U.S., and strong replacement demand domestically. 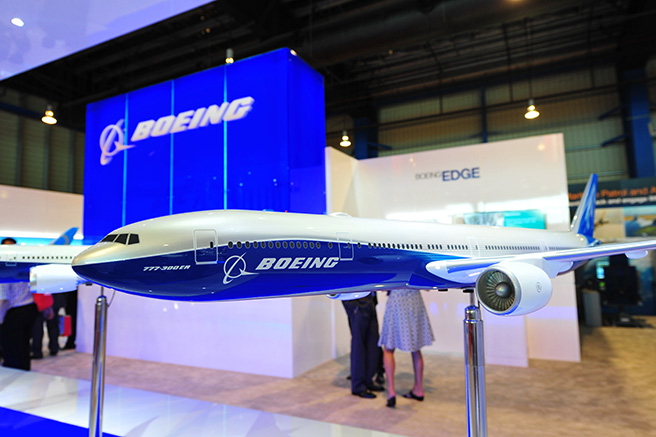 What industry groups within the sector offer the greatest growth opportunities?

Machinery stocks were the best performing group within Industrials, increasing 42% in 2017. This follows a prolonged period of underperformance, which began in 2012 with the decline in the commodity markets. The collapse in WTI crude oil prices from over $100 a barrel at the end of 2014 to under $30 a barrel in early 2016 exacerbated the problems for heavy machinery stocks. The machinery market endured four years of supply reductions as companies limited their capital expenditures on big ticket items. This forced many machinery companies to restructure their operations to reduce costs and become more efficient.

Organic revenue turned positive as capital expenditure declines bottomed and started to increase globally in the first quarter of 2017. Higher commodity prices also helped support top-line growth. Caterpillar and John Deere were two of the top performers in the group due to growing demand for construction and mining equipment as dealers rebuilt their inventory levels after four years of reductions. Leaner, more efficient organizational structures enabled companies to improve their capacity utilization and meaningfully leverage expenses as machinery companies experienced incremental volume growth. We chose to invest in Cummins and Parker Hannifin, diversified parts suppliers to machinery Original Equipment Manufacturers (OEMs), as a way to gain exposure to the ongoing recovery in this segment. We view these companies as well positioned to benefit as the global market continues to improve across their diversified end markets.

What is your outlook for the Industrials sector?

While we are not anticipating the same level of stock appreciation in 2018, we see opportunities for our Industrials portfolio to continue to outperform. Strong global economies should lead to increased investment spending and higher demand for equipment. Rising commodity prices could also provide a tailwind to the sector and it should benefit from tax reform.

That being said, there are some potential headwinds in 2018, including concerns surrounding the potential demand from China, which remains the biggest unknown, and whether the Industrial end markets could be nearing a peak.

We expect the transportation segment to be one of the beneficiaries of the strong economic growth. Demand continues to grow to move products to distribution centers and transport machine parts and heavy machinery for manufacturers. As volumes have increased, shipping rates have risen. Within the transportation segment, we prefer the railroads, which stand to benefit from the tight trucking market. In addition, the oligopoly structure of railroads should enable them to raise prices. We view Union Pacific (UNP) as the best positioned to capitalize on the improving freight demand and higher commodity prices. We believe that the stock market is discounting UNP’s ability to leverage higher volumes and use pricing to drive bottom-line results.

D. Cotton Swindell is a Portfolio Manager of the Adams Diversified Equity Fund. Additionally, Cotton is responsible for covering the Industrials sector, as well as the auto and media industries within the Consumer Discretionary sector.