The Next President of the United States – Donald J. Trump

After a long and contentious election cycle, Donald Trump claimed victory Tuesday night, marking the return of the Republican Party to the highest political office. President-Elect Trump ran a campaign that emphasized his “outsider” status, stressing the fact that he was not a traditional candidate. Additionally, his lack of clarity on several issues deprives the financial markets of both transparency and predictability. As a result, the markets may face near-term uncertainty as investors digest and analyze the positions of the new administration. 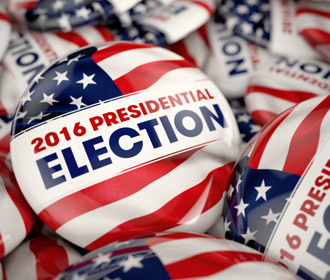 As the transition of both the President and Congress begins, investors will want to know specifics about what the election results will mean for financial markets. One important reminder is that despite near-term uncertainty, policy changes on taxes and spending can only occur with Congressional approval. Even though the President has more latitude to enact change in trade and immigration (two areas where President-Elect Trump has been outspoken), the checks and balances between the executive and legislative branches should ensure that policy shifts will remain measured, even as the Republican Party secured control of Congress.

This election was significant in that candidates across both major parties tapped into a sense of frustration and anger with the establishment. This undercurrent was palpable from the earliest primary debates as the stagnant economy and slow wage growth fueled calls for change. Rising health care costs and ever-escalating student debt also led to voter resentment. Throughout the election, the President-Elect made his position clear on a number of issues that will affect the economy and financial markets.

The election took place during a growing international backlash against globalization, which was reflected in the Brexit referendum vote and in Donald Trump’s protectionist dialogue. Once viewed as an engine of economic growth, foreign trade gets much of the blame for U.S. job losses and stagnant incomes. However, this view ignores the economic growth resulting from free trade. President-Elect Trump will have fairly broad authority to alter U.S. trading policies and impose tariffs. Should he follow through on vows to end or renegotiate existing trade deals, his protectionist position could significantly alter world trading patterns. Multinational companies that derive meaningful earnings from foreign sources will be impacted, while manufacturers could face rising input costs.

Both candidates proposed plans to limit illegal immigration. The plan of President-Elect Trump, with added limits in place for legal immigration as well, is more far-reaching. His plan, if implemented, would likely translate into a slower growing U.S. labor force and potentially higher wages for a much smaller pool of low-wage earners. In deporting millions of undocumented workers, Wall Street analysts have identified weaker consumer demand and higher labor costs as the two potential risks that could impact retail and restaurant companies.

Since 2010, federal spending has been increasing consistently year over year, and both candidates favored a continuation of this spending growth to help meet the country’s pressing infrastructure needs. President-Elect Trump has not detailed specific plans, but acknowledges that an infrastructure-spending program would put money into the economy and spur job and wage growth. The Industrial and Materials sectors are well positioned to benefit from this stimulus.

One of Mr. Trump’s platforms is lower taxes and less regulation. At 35%, the United States has one of the highest corporate tax rates among industrialized countries. As a result, over the past few years, some the country’s largest companies have pursued corporate inversions, in which a domestic company merges with a foreign entity to lower their liabilities and avoid paying taxes on overseas earnings. To stop the migration, President-Elect Trump calls for a competitive 15% corporate tax rate and would seek to eliminate the corporate alternative minimum tax.

Voters expressed significant concerns regarding the rising costs resulting from the Affordable Care Act (ACA). Trump ran on a policy to repeal the ACA and replace it with a free-market system that would utilize Health Savings Accounts (HSAs). Insurance companies should be beneficiaries of changes to the ACA, although it is unclear exactly how it would be replaced. President-Elect Trump’s plan includes allowing the sale of health insurance across state lines, allowing individuals to fully deduct health insurance premiums, the use of the tax-free HSAs and price transparency requirements encompassing all health care providers. Medical service companies may be negatively impacted, although immediate changes to the ACA are unlikely based on the necessary Congressional action.

Mr. Trump’s energy policies aim to make the country energy independent through focusing on untapped shale, oil and natural gas reserves as well as clean coal reserves. President-Elect Trump has vowed to open onshore and offshore leasing on federal lands, eliminate the moratorium on coal leasing, and open shale energy deposits for development. He views hydraulic fracking and access to acreage as important to U.S. production growth. Oil and gas companies will likely benefit from increases in production and exploration.

At Adams Funds, we recognize that politics can drive market volatility, but we do not base investment decisions on election outcomes. Strong companies, regardless of sector, can adapt to a changing political landscape just as they adapt to business cycles. By focusing on business fundamentals rather than headlines, we continue to execute our process: searching for good companies that are doing good things and trading at good prices.